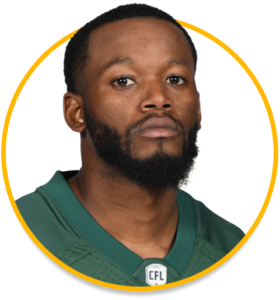 In 2012, Miles Shuler attended Rugers then transferring to Northwestern for the 2014 and 2015 seasons. He appeared in a total of 20 games where he caught 42 passes for 401 yards.

Prior to joining the Eskimos, Shuler spent time with he NFL's Carolina Panthers in 2016. According to Inside NU, Shuler is “ridiculously fast; his 40 time and pure speed will attract (some NFL) interest. He showed potential as a punt returner, too.” It would seem the interest goes beyond the NFL; and a punt returner, you say? Well, this could be very interesting! 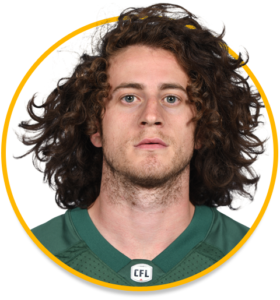 The 2012 CFL Draft, Aprile was selected by the Winnipeg Blue Bombers in the third round (16th overall) and participated in training camp with the Blue Bombers however, Aprile elected to return to Queen's to continue his education (2013).

In 2014, Aprile was traded from the Winnipeg Blue Bombers to the Tiger-Cats. In his rookie season, he appeared in three games with the Tiger-Cat and made his CFL debut on October 25 at Toronto.

Aprile is currently on the Eskimos 6-Game Injured List. Hey, at least he is not alone. Oy vey.

Aprile has joined the Eskimos “flow” club. Hair is absolutely a statement for this CFL team. 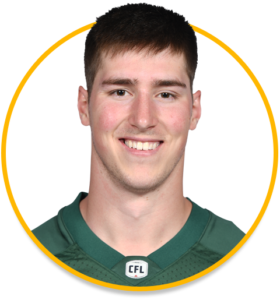 The Edmonton Eskimos selected Alberta born Tanner Green in the fourth round (32nd overall) of the 2018 CFL Draft, and was signed on May 16, 2018. Andrew and I were lucky enough to witness this in person during the Eskimos Draft Party. It’s great to have an Albertan on the team!

Green attended Concordia University from 2016 to 2017 and appeared in 12 games. He recorded six carries for 11 yards and one touchdown as well as one reception for five yards.

Green is currently on the Eskimos practice roster.

A lot of blank slate for Tanner to make his mark. Who doesn’t want to cheer on one of our own!

Be sure to bring the noise on Friday against the BC Lions at home in Edmonton at Commonwealth Stadium, 8 PM start time.