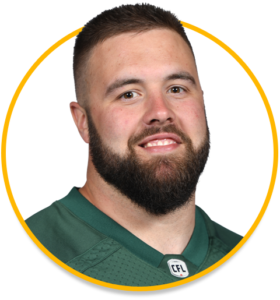 During the 2015 CFL Draft, the Edmonton Eskimos selected local U-Alberta Golden Bears David Beard in the second round (16th overall). Beard’s contract was extended on Jan. 9, 2017.

Beard, a local guy, attended University of Alberta from 2010 - 2014. As a fourth year Golden Bear and offensive lineman, Beard was named an all-star at the tackle position to the Canada West all-star team following the completion of the 2014 regular season. During his time with U-Alberta, Beard helped Golden Bears to one of their lowest sacks against totals in recent years.

Beard joined the team in 2015 and appeared in nine games that season, becoming a Grey Cup champion!
Beard appeared in eight games in the 2016 season, 2017, all 18 games (seven starts) in 2017, inlcuding the West Semi-Final and West Final. In 2018 thus far, appeared in six games (six starts), and has lined at both guard spots and has one defensive tackle.

Tomorrow’s game against the SSK Riders, Beard will start as Centre as a result of the injury to Justin Sorensen (#60). Show your pride and cheer on our local boy as he helps protect Mike Reilly from the invaders in the wrong colour of green and propel the Eskimos to another win!

2018 has started rough for many including Smith; he is currently on the six-game injured list however, in the one game recorded one reception (nine yards), returned six punts (47 yards) and five kickoffs (121 yards). Smith was back at practice this week and we hope he is healthy enough to return to the game next Thursday against the BC Lions.

Tickets are still available for the “Purolator Tackle Hunger” game tomorrow night (Thursday) at Commonwealth Stadium, 8 p.m. Be sure to bring a monetary or non-perishable donation(s) to help Edmonton Food Bank restock their ever-depleting selves. For more information follow the link: https://www.purolator.com/en/resources-and-support/about-us/tackle-hunger/index.page

The Eskimos hope to improve their record to 5-2 against the Riders. But first, the Eskimos have to solve the Chris Jones’ defense, rattle up QB Zach Collaros and keep the receiving core at bay. This is going to be one heck of a game! 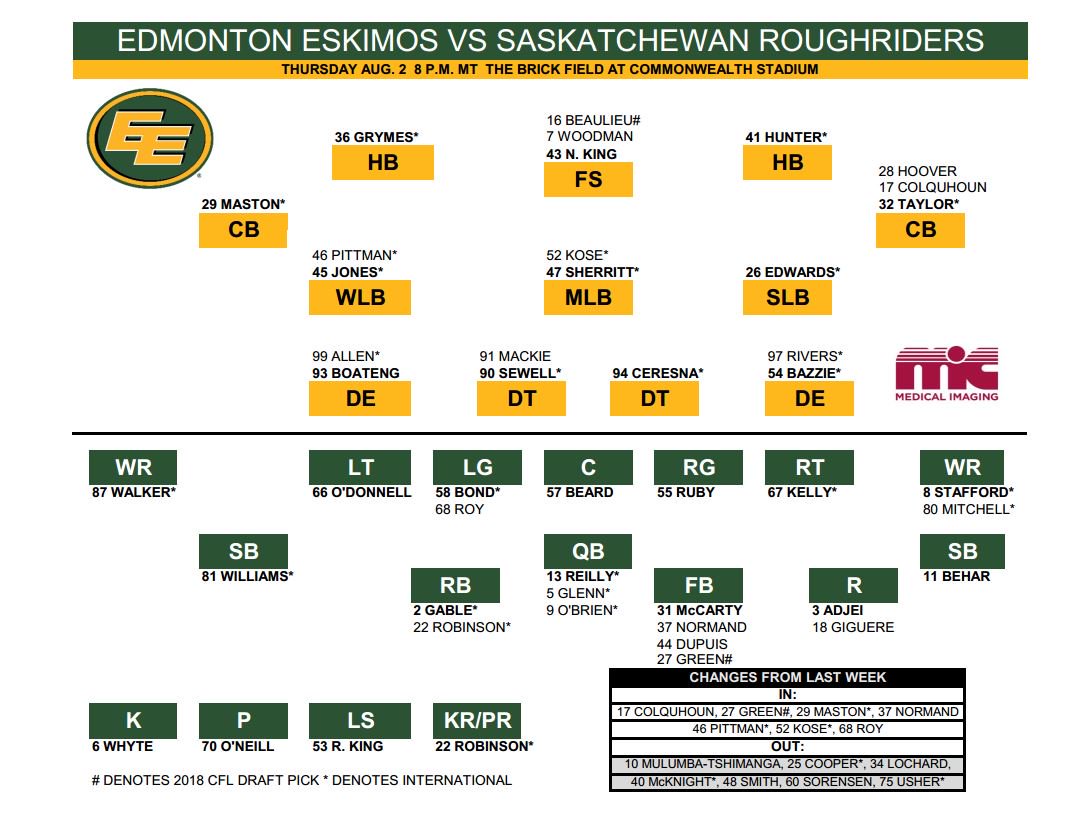